Skip to content
What is the Difference Between a Hotel and a Motel?

KNOXVILLE, TN – You may be wondering, “What is the difference between a hotel and a motel?” That’s a legitimate question for someone planning a trip and needing to secure a place to sleep, eat, shower, etc.

Well, wonder no more, my friend! Our explanation below may just help you decide in which type of facility you want to stay, a hotel or a motel. We also threw in a little history because I thought it was interesting. 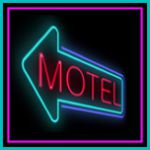 Motels are a somewhat recent development in American history. By recent, I mean the last half century or so. Motels sprang up in the mid 1900’s after the widespread use of cars began to make travel more accessible for families.

Before that time, travelers moved from one end of the country to the other by bus or train, and sometimes by ship. I know what you’re thinking, “how does a ship cross the American continent?” Well it doesn’t, it went around. A long way around.

Anyway, as more and more people purchased cars, families gained a freedom to travel without having to get on a bus or train. They could go where they wanted, when they wanted.

If their destination was more than a day’s drive away, they needed a place to stop for the night.

Motels began popping up along well traveled roads all across America. Route 66 is a great example. Motels provided travelers a place to overnight before heading on to their destinations the following morning.

Early motels were just one story, but later it was not uncommon to find two or three story motels.

Motel rooms normally face a parking lot and the door opens to the outside. This allows guests to park their cars directly in front of the room for easy access and security.

You may frequently find motels shaped like an “L”, or “U”, or even a square with a parking lot located in the middle. In the later, guests would drive their cars through an opening in the front of the building into the parking lot surrounded by rooms. This provided more privacy and security.

Historically, motels provided a nice room to sleep in, but not much more. Many modern motels offer a continental or hot breakfast for guests, and even have swimming pools, televisions, snack and drink machines, and more.

Find a Hotel or Motel in Pigeon Forge 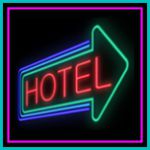 Hotels have a long history in America, dating back to the 1600’s. American’s have a history of traveling; of moving from place to place. Finding a safe place to spend the night could be challenging.

Many people opened their homes to travelers for an overnight stay, but hotels opened as soon as people began to move about. The first publicly traded hotel was founded in New York in 1792.

Hotel rooms open to an enclosed indoor hallway instead of a parking lot like motels. Parking lots are located away from the rooms in most cases.

Modern hotels offer guests a variety of services in addition to a nice room. Frequently, hotels have attached restaurants and offer meal service. In addition, many hotels include access to on-site gyms and swimming pools.

Whether you are looking for a motel or a hotel, the Smoky Mountains have plenty from which to choose.

Find a Hotel or Motel in Gatlinburg