(VIDEO) The mountains of North Carolina and Tennessee are home to Great Smoky Mountains National Park and a number of other vacation destinations. The National Park Service reports that a total of 11,312,785 people visited this grand park in 2016. That is more than any other national park in the USA.

Of course, most guests arrive by automobile or truck, and many of them pull a camper. Quite a few come in private buses or recreational vehicles. Motorcyclists also flock to the Smoky Mountains for a unique riding experience. What do they all have in common? They all drive here using a multitude of paved roads.

So what is the big deal, right? Paved roads are everywhere. Well, today, we take the roads for granted. However, that was not always the case; especially in the mountains. 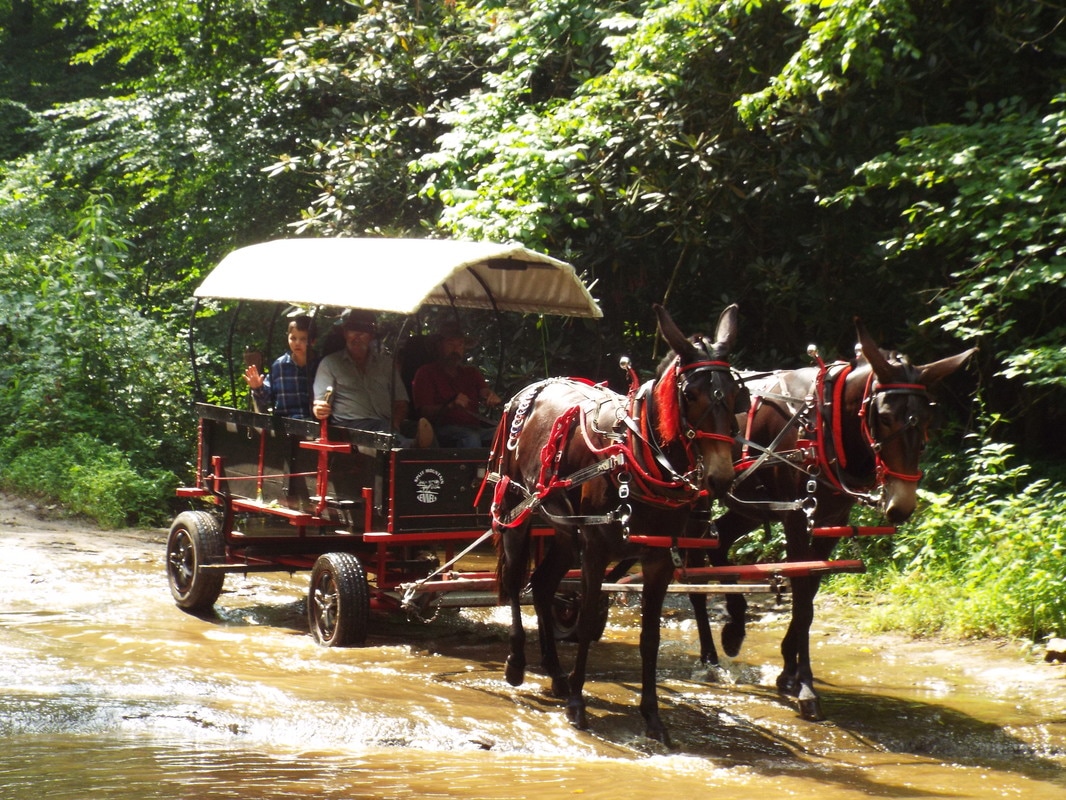 A Wagon Train with a Purpose

Back in 1958, Great Smoky Mountains National Park was just 24 years old. The few roads traversing the mountains between Western North Carolina and Tennessee were in bad shape. Commerce between the states was difficult due to the hardship of moving products on poorly constructed roads.

A small group of determined people in Tellico Plains, Tennessee decided to bring attention to the need for good mountain roads connecting the states. They organized a trek from Tellico Plains to Murphy, North Carolina and set out on horseback and horse drawn wagons. The Tellico to Murphy Wagon Train was born.

Word got out, and as the wagon train made its way through the mountains, thousands of people came out to see and encourage them. Others decided to join the wagon train, and by the time they reached Murphy, NC on July 4th, there were 67 wagons and 325 horses and riders.

About two years later, more than 10,000 people gathered in the mountains for the Western North Carolina Wagon Train event.

For the next 59 years, the wagon train faithfully made the trek each summer. The routes changed over the years, as did as the mission. 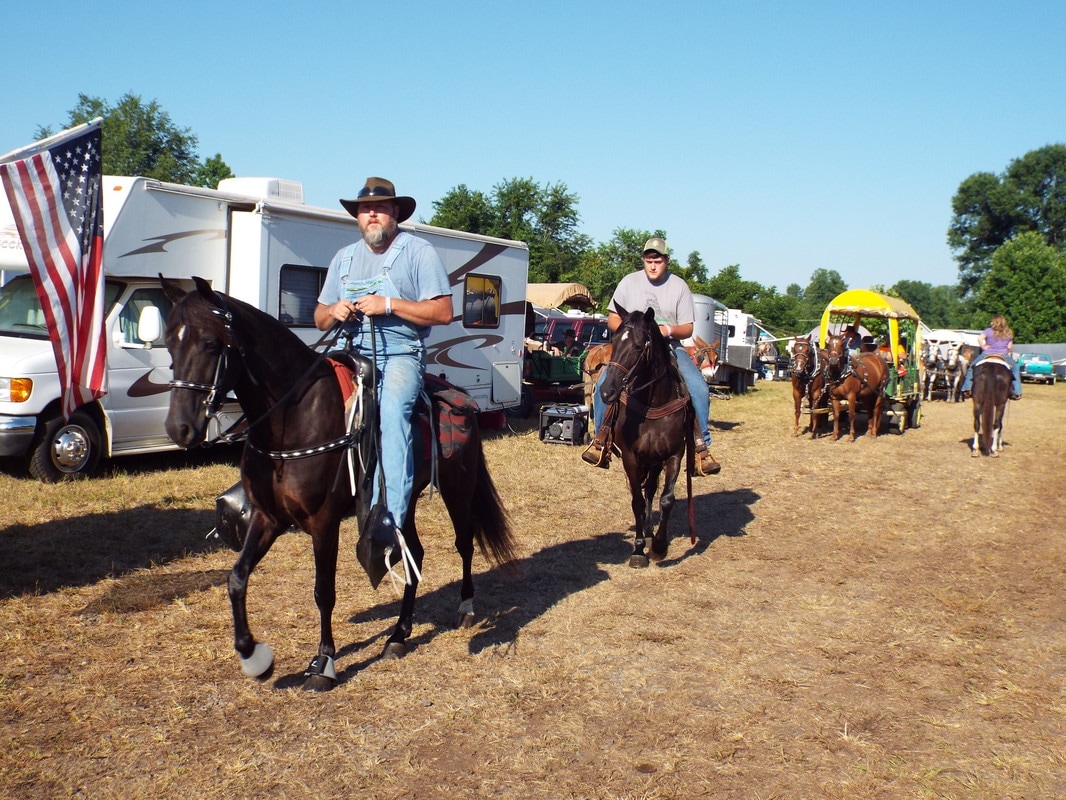 In 1963, Western North Carolina Wagon Train incorporated as a non-profit organization and opened headquarters in Andrews, NC, about 45 minutes from Bryson City. By 2004, they expanded their mission to include the promotion of the fair treatment of equine livestock through “practice, education, and enrichment programs.”

This year, the organization is celebrating the 60th anniversary of the Western North Carolina Wagon Train. Elizabeth Crisp, a Realtor® from Atlanta, Georgia, and an organization board member, spoke with My Smoky Mountain Guide about the event.

Crisp said they are working hard to get more young people involved. The wagon train is a dying culture and they don’t want that to happen. Participation dropped to only five wagons recently. Last year, attendance was back up to 52 wagons and more than 40 horseback riders. They are hoping to see even more people, horses, and wagons at the 60th anniversary.

Each morning at 9:00 a.m., the wagons and horses make a journey to a different destination and return to the campground around 4:00 in the afternoon. This year they will trek to Pisgah Loop, Fairview, Perkins Falls, Tatham Gap, and Webb Creek.

A special celebration is in the works for the 4th of July. The annual parade begins at 10:00 a.m. in Andrews, NC and horses and wagons will be decorated.

After the parade, face painting, a dunking booth, kid’s games, horse shoes, and more will be held at the campground. A corn hole tournament and a team pulling contest are scheduled.

A Battle of the Bands competition is scheduled every evening from 7:00 to 9:00. Two country/bluegrass bands will play and the winner moves on to the finals. The five finalists will battle it out on the evening of July 4th. The winning band takes home a guaranteed $1,000 prize and an opportunity to have an original song broadcast on local radio.

UPDATE: Bands will play each night, but the Battle of the Bands has been cancelled. The public is invited to the concerts for a cost of $5.00 per evening. For $25.00, guests can purchase an armband good for the entire week.

Camping is “primitive” although potable water and portable toilets are provided. Water for horses is also provided. 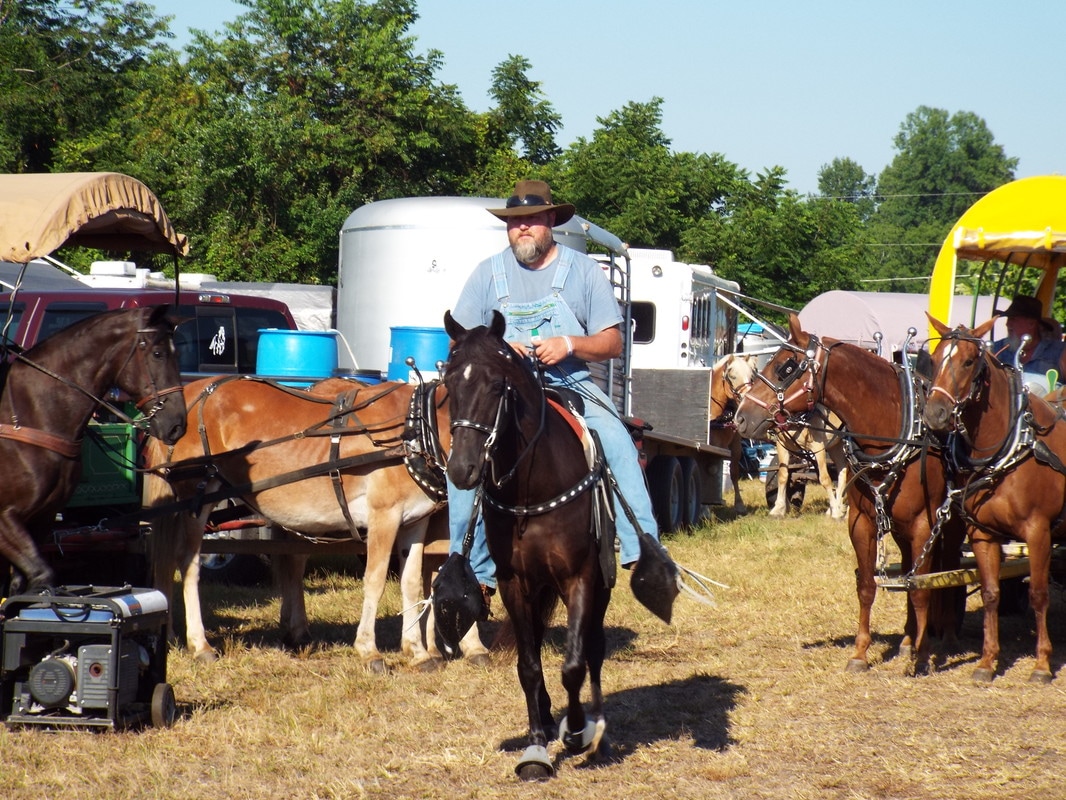 Members of the public are invited to attend the Western North Carolina Wagon Train, even if you don’t own a horse or wagon. However, participation in the wagon train treks and parade are for registered guests only.

Visit the campground and meet the participants. Buy a hot dog and learn about horses and the wagon train life. Come for a day or stay the entire time.

The 60th Anniversary Western North Carolina Wagon Train is scheduled for 29 June to 7 July 2017. The gathering takes place at the corner of Robbinsville Road and Highway 74 in Andrews, NC.